10 Most Disgusting Dishes in the World 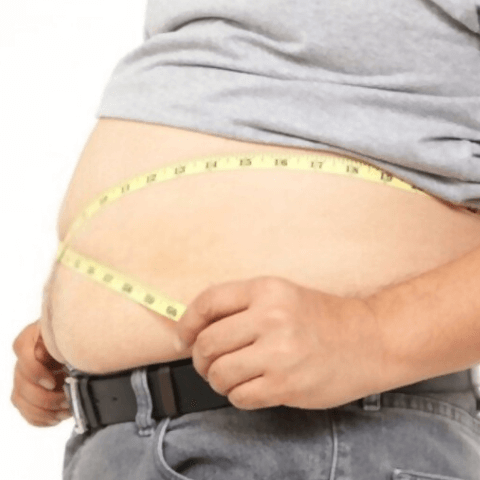 Among the ultra-right, rumors are popular: allegedly, the standard of living in the United States is so high and blessed that even the poor are obese. But the reality is just the opposite – rampant obesity reflects the decline in the country and highlights that for a large part of the US population, the quality of life is deteriorating.

The irony is that our culture is attacking people with methods and stupid diets to lose weight while doing everything to promote the spread of obesity (in a broader sense, this includes diabetes, cardiovascular disease, hypertension and other chronic diseases). This does not mean that it is impossible to be thin in the US and that Americans who are struggling with the problem of excess weight should give up and submit to fate. But obesity is environmentally encouraged—there is much in the modern American lifestyle that encourages weight gain.

The following are 10 issues that are driving the rise in obesity in the US and making it a difficult task to combat.

1 . The spread and growth of poverty.

Due to corporate layoffs, the transfer of American jobs to developing countries, and the economic crash of September 2008, poverty has spread widely throughout the US (where the number of people poor enough to receive food stamps has risen from 17 million in 2000 to 47 million). in 2013). Although it is possible to eat healthy food on a small budget, it is quite difficult, especially when unhealthy processed foods are very cheap, ubiquitous, convenient and easy to get. In 2013, the Washington Post featured an article by Eli Saslow that took a closer look at the relationship between poverty and obesity in the Rio Grande Valley of TexasIt’s no surprise that many of the poor and obese people Suslow interviewed ate only processed foods.

The term “food desert “ is associated with poor areas (urban, suburban and rural) where there is limited access to fresh fruits, grains and vegetables – places where it is much easier to get unhealthy processed foods. A food desert store that sells healthy food maybe 10-15 miles away, while a convenience store or cheap food store that sells dangerous food is close to home. There are many food deserts in the US, the USDA even has a map, showing where they can be found. In such an environment, eating healthy and staying lean takes a lot more time and effort. One of the Rio Grande Valley residents interviewed by The Washington Post’s Saslow lived seven miles from the nearest store that sold fresh produce.

Even if poor, fat Americans don’t live in a food desert, they can live where local shops sell frozen corn, which is cheaper than fresh fruits and vegetables from the supermarket. In 2013, NPR commissioned the Childhood Obesity Study, comparing the cost of healthy and unhealthy foods. Central California resident and mother of two, Araceli Flores, said: “I can buy a box of macaroni and cheese for one dollar. A bunch of bananas (a week and a half fresh) cost over a dollar. Strawberries cost $4. Apples, a bag of apples, five dollars. Buying vegetables and fruits is more expensive than boxed food.”

Also, there is the time factor. Microwaving unhealthy processed foods takes less time than making your own healthy meals. Many poor Americans work 50, 60 or more hours a week and suffer from a lack of free time. Processed foods save them time and money, although they end up costing them a lot more due to cardiovascular disease and diabetes.

4 . Lack of space for exercise.

One of the good tips that are given to those who want to lose weight is to walk, at least an hour a day. But in some places, this is much more difficult than in others. In New York, Philadelphia, Boston and Chicago, there are European-style pedestrian-friendly neighborhoods where you can do without a car. But many Americans live in small towns, suburbs, and rural areas that are unfriendly to pedestrians and force people to drive rather than walk. This does not mean that people living in the Sun Belt cannot find places to walk, but they must go to them by car.

Due to job insecurity, high unemployment, and broken health insurance, life in the US is getting more and more stressful, and research shows a strong link between stress and obesity. People who are under a lot of stress may resort to overeating and overeating, but they can manage them. Eating during stress is a studied phenomenon. However, there are many scientific studies that have shown that stress can disrupt metabolic processes. Therefore, even if you exercise and refrain from overeating, stress will still contribute to weight gain. In 2010, the University of Cincinnati College of Medicine conducted a study that showed that stress has not only short-term consequences but can also cause long-term metabolic changes, making it easier to gain weight and harder to lose it.

[It is important to emphasize that it is the poor and oppressed groups of the population, other things being equal, who suffer more from stress and are less able to manage it. Therefore, they are more prone to self-destructive behavior; see behavioral characteristics (percentage of such residents vertically) by income measured by poverty rate. From left to right: alcohol consumption, smoking, free time (doing nothing), obesity, lack of sleep.

Must Read: How To Deal with Toxic People At Work

According to the Organization for Economic Co-operation and Development’s 2013 Better Life Index, the United States ranks 28 among developed countries in terms of work-life balance. Denise Dellarosa Cummins (Author of Good Thinking: Seven Powerful Ideas That Influence the Way We Think) points out that obesity is one of the consequences of American bad balance of work and life. Americans not only overwork and suffer from stress, but they are also being used in the workplace in a way that was not the case in the 1960s and 70s. Constantly tightening requirements at work leaves people little time to take care of their health and recreation.

According to the Bureau of Labor Statistics (Bureau of Labor Statistics), in June, unemployment in the US was 6.1%. But this figure is misleading because it ignores all Americans who have not worked for a long time – the government stops counting them. Michael S. Rosenwald of the Washington Post and Arthur Delaney of the Huffington Post argue that there is a link between unemployment and obesity. Rosenwald notes that American counties with higher unemployment rates have high levels of obesity, and Delaney writes that unemployment encourages obesity because the unemployed spend a lot of time looking for work these days. Delaney recently told a Bill Press reporter, “The only way to get a job is to sit at your computer and send out your resume everywhere. If you wipe the sidewalk and knock on doors, you will be told to leave and submit your application online. Thus, after being fired, you find yourself chained to the computer.”

In the 1950s, 60s, and 70s, the US was far from perfect, but overall, working conditions for most Americans were much better then than they are now. And as more and more Americans work longer hours and earn less money in the 21st century, their sleep is getting shorter and shorter. In the 1960s, a night’s sleep of 8.5 hours was the norm for most Americans; in 2012, the norm was reduced to less than 7 hours. In 2004, a University of Chicago study found a link between increased appetite and lack of sleep. But even worse, lack of sleep provokes cravings for unhealthy snacks.

For many years, tobacco industry lobbyists have held great power on Capitol Hill. But these days, when Americans smoke less, tobacco corporations are shifting their marketing activities towards developing countries. The lobbyists who now undermine health the most are the junk food lobbyists. They spend millions of dollars trying to control Washington politics. These lobbyists were furious when First Lady Michelle Obama said schoolchildren should watch their weight and eat more fresh fruits and vegetables. The food industry aggressively lobbied to block a project that would allow food stamps to it would be impossible to buy soda, chips and other unhealthy and obese foods.